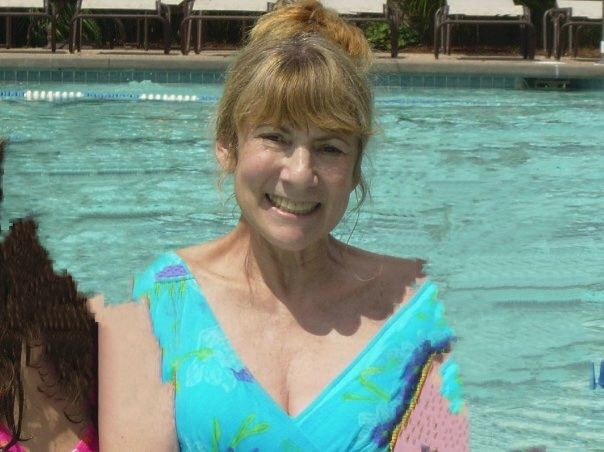 Susan Elizabeth (Liz) Barris passed away at home after a long illness in Acton, Massachusetts on Monday, January 11. She was 71 and her 18th birthday would have been February 29, 2016.

Liz was born in Poughkeepsie, New York, the daughter of the late Joseph Tofel of Tucson and the late Dianne Kirkpatrick of Escondido, CA. But she moved to Tucson when she was 6 and spent most of her youth there. She was an outstanding tennis player, never losing any tournaments while at Tucson High, graduating with honors in 1962. She went to the University of Arizona, joining Alpha Epsilon Phi, and pursued a teaching degree. She met Ronald Barris in 1962 and they were married in Carmel, California at the end of her freshman year. She graduated in 1966 with honors.

After graduating, she followed her husband around the United States as he pursued his profession, moving 23 times over the 52 years that they were married, and teaching elementary education in Schenectady and Rochester, NY while living in those cities. They owned 12 homes and still own two. They moved to Massachusetts in 1989 and have lived in Acton for the last 25 years. She still played tournament tennis until age 40 and then pursued running 7-9 miles a day until her illness took over. She was the consummate athlete. She was also a person who people gravitated to and became a trusted friend to many because of her ability to listen quietly. She was active in her church as a Lay Eucharistic Minister, and a founding member of her women's bible study (over 15 years).

Her finest ability was to deal with change quickly, get everyone organized over that change and do it with a smile, regardless of the difficulty required. While she never said much, what she did say was with wisdom and listened to.

Liz is survived by her husband of 52 years, her daughter, Karen Calabro of Hollis, NH with husband Nicoli and her son, Jeffrey Barris of Vista, CA. She had 5 grandchildren…Rachel, Anna, Dylan, Tyler and Kaiya who she adored. She is also is survived by her brothers, Steve and Rich Tofel of Tucson and a half brother, John Kirkpatrick of Escondido, CA.

Family and friends will gather to honor and remember Liz on Tuesday, January 26, at 2:00 pm at Trinity Episcopal Church, 81 Elm Street, Concord. There will be a reception afterwards.

In lieu of flowers, memorial contributions may be made to:
Dana-Farber Cancer Institute
450 Brookline Avenue
Boston, MA 02215