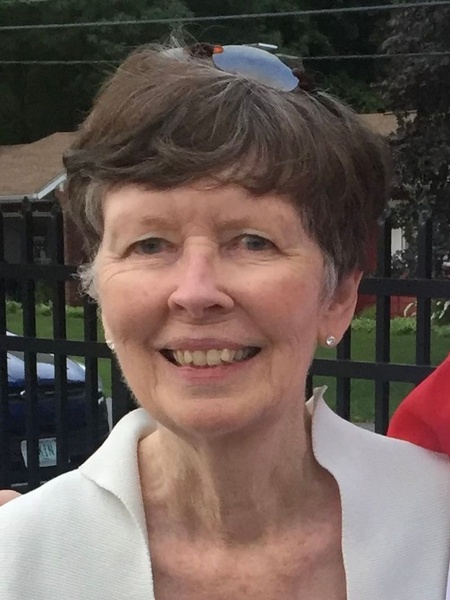 Sylvia M. Cullington, a longtime resident of Concord, MA passed away peacefully at home on November 5, 2021 after a long illness. Born Sylvia Oakes in North Adams, MA in 1942, Sylvia grew up in Clarksburg, MA. She was predeceased by her parents Gordon N. and Margery D. Oakes. She graduated from Drury High School in 1960 and from the University of Massachusetts in 1964.

Her career was spent entirely at John Hancock Financial Services Co. in Boston from 1964 until her retirement in 1995 as a department director.

Sylvia married her beloved David S. Cullington in 1983. They enjoyed countless days working on their home and garden in Concord, golfing in retirement, being active in the community, and being with family and friends. David passed away in 2010.

She is survived by her stepsons, Douglas Cullington of Hooksett, NH and his wife Beth, and Mark Cullington of Portland, OR and his wife Natasha. Sylvia thoroughly enjoyed being a grandmother to Georgia and Dalton, spending time in Concord and at Silver Lake in New Hampshire.

She also leaves her brother, Gordon Oakes, Jr. of South Deerfield and his wife Pam, nephews Kevin of Medina, WA and his wife Kim, Brian of Easthampton, MA, Tim of New London, PA and his wife Lesley. Sylvia was the epitome of the doting aunt to her nephews from their birth to adulthood. Her six great nephews and nieces will always fondly remember Aunt Sylvia who wholeheartedly joined in many family trips throughout the world.

The family greatly appreciates Sylvia's caregiver, Marie Engoru, who gave her so much love and compassion. Sylvia also leaves behind her wonderful dog Sophie who was her faithful companion for the past 11 years.

Sylvia's kind nature and radiant smile will be missed by her many friends. She was a member of the Nashawtuc Country Club since 1989. An avid golfer, she chaired the NCC Ladies Golf, served on the golf and greens committee and was chairman of the NCC golf committee from 2015-2016. She also volunteered at Emerson Hospital from 1995 to 2018.

The Open Table of Concord was a very important part of Sylvia's life. She and David volunteered there for ten years, and Sylvia later served on the Board of Directors and as Treasurer from 2015 to 2018.

A private memorial service will be held at a later date. Sylvia will be laid to rest at Sleepy Hollow Cemetery, Concord.