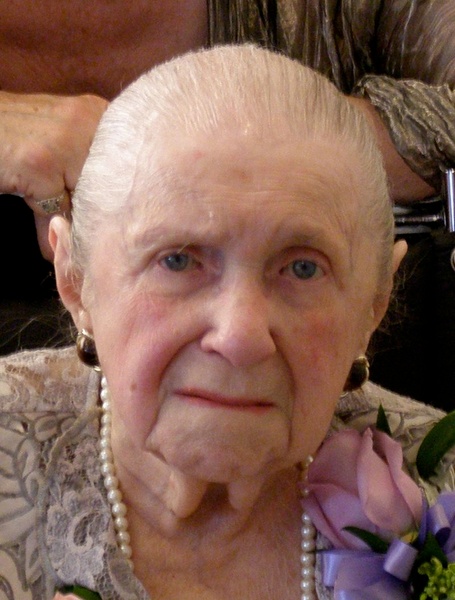 Thelma M. (Eismann) Harrison age 100 of Bedford, formerly of New Jersey, passed away peacefully on Friday, November 12, 2010. She was the wife of the late Harry W. Harrison.

Born in Paterson, New Jersey, on July 19, 1910, she was the daughter of the late Charles and Dora (Spangenburg).

Raised and educated in Hawthorne, New Jersey, she soon married and settled in Upper Montclair, New Jersey, where together they raised their loving children In the 1970s and 1980s, she was cafeteria manager at Allamuchy Elementary School in Hackettstown, New Jersey.

During her spare time she enjoyed cooking

Mrs. Harrison is survived by her daughters, Dorothy Harrison Castro of San Juan, Puerto Rico and Beverly Miller of Concord, five grandchildren, two great-grandchildren and one great-great grandchild. She was also the mother of the late Gloria Harrison.

GIFTS IN HER NAME MAY BE MADE TO:
Employee Appreciation Fund
Carleton Willard Village
100 Old Billerica Road
Bedford, MA 01730