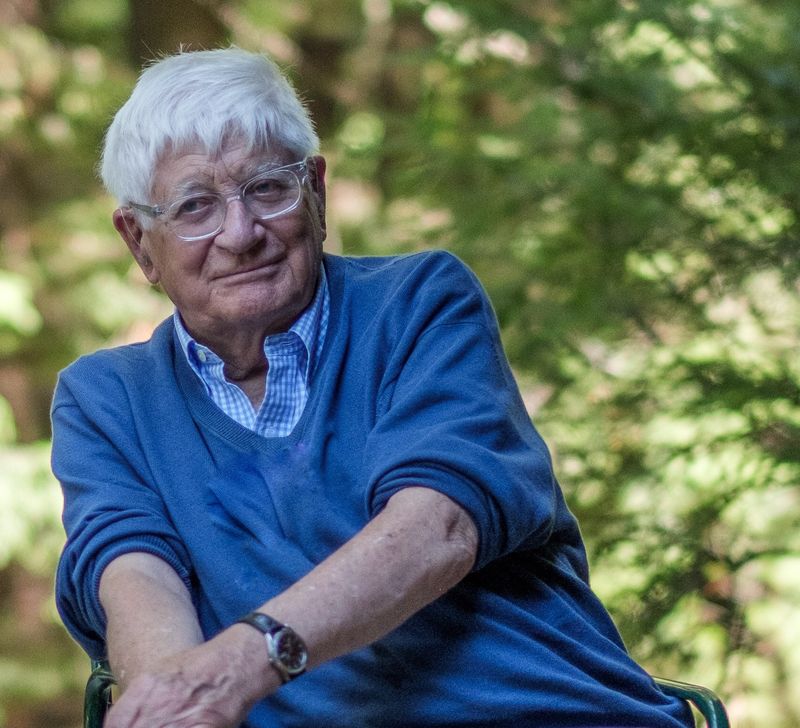 Thomas P. Beal, Jr. chose a different path. Born in 1928 to Thomas P. and May (Morgan) Beal of Chestnut Hill, MA, he eschewed a career in banking to pursue his passion as a teacher. Three generations of Beals led the Second National Bank of Boston until it became the State Street Bank. His namesake and forbearer, Thomas Prince, laid the foundation for the Boston Public Library as one of the nation's first book collectors. As the young son of a prominent banker, following the Lindbergh kidnapping, Tom too was threatened by copy-cat kidnappers, requiring a body guard. However, Tom never showed an interest in banking nor leaned on his family lineage.

Tom's eighty-eight years is best seen in those organizations and lives he influenced to look beyond the pace of our modern world and find balance, solace and communion in nature. Summers at Camp Chewonki sparked his love of the outdoors. He became a great student of Henry David Thoreau and always marched to the beat of his own drum. Breaking the crimson line of his father, grandfather and great grandfather, he studied at Brooks School, Hebron Academy and graduated from Williams College in 1951. During the summers of 1948 and 1949, he lived and travelled through England and Norway on the Experiment In International Living, seeing the effects of war and efforts to rebuild communities. When duty called, Tom served in the Korean War in a US Army MASH unit – another war experience which greatly impacted him yet he rarely discussed.

Tom chose to remain in education both in and out of the classroom. He taught in Williamstown, Philadelphia and San Francisco before settling at the Rivers School in Weston, MA beginning in 1958. He moved to The Fenn School, Concord, MA in 1979 from where he retired in 1993. Many middle-school boys passed through his classroom, reading Mutiny on the Bounty, Shane and other classics of American literature, learning to reflect and describe their own observations and experiences.

Starting in 1960, Tom summered on Squam Lake, NH where he combined his love of teaching with his love of the outdoors, mountains and children. In 1962, he revived a youth day-camp, the Junior Squam Lakes Association, which continues to this day to reveal the wonders of the local environment to its campers. Over the years, Tom received several awards from the Squam Lakes Association, in recognition of his service to the organization and the community. Tom remained an active hiker, particularly of his favorite climbs on Whiteface, Red Hill or High Haith, all providing unique views of the lake. He reveled at the opportunity to pull out the AMC White Mountain Guide to talk and plan yet another hike, especially with Over The Hill, a local hiking group.

He also served as a Trustee of the Chocorua Island Chapel, answering another call to service he deeply felt. Tom's faith was ever present in his life, from daily prayer and self-reflection to meal-time grace and readings around the table with family and friends.

For many, Tom and Barbara Beal exemplified community, opening their home to friends and strangers of all ages, whether for a brief meal or extended stay of many months. He embodied Ralph Waldo Emerson's saying, "It is not the length of life but the depth of life."

A memorial service will be held on Sunday, June 25 at 3:00 PM at Trinity Episcopal Church, 81 Elm St., Concord, MA. In recognition of his love of Squam, a remembrance will also be held on Saturday, July 15 at 3:00 PM at Chocorua Island Chapel.