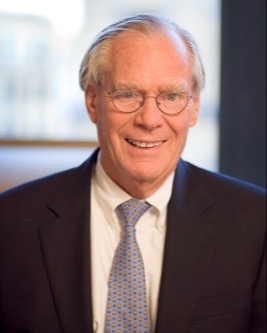 Thomas M. Payette, FAIA, the renowned Cambridge architect, and founder of Payette Associates, passed away on November 12, 2022, at the age of 90.  Tom was born in 1932 to Robert and Mary Kay (Martin) Payette.

Tom was an amazing man, a devoted husband of 68 years to Ginny, and a wonderful father.  His loves were his family, architecture, and gardening.  He was guided by a strong work ethic, a selfless leadership style and always preached family first.  He had a generosity, humility and boundless energy that will always be remembered.

Tom grew up in East Grand Rapids, Michigan with a large extended family.  He met his wife, Ginny, in grade school.  In high school, when Ginny moved to Battle Creek, Michigan, Tom devotedly visited her on weekends, and never let go. Ginny was his lifelong sweetheart and best friend.  They both attended Michigan State University, where Tom received a bachelor’s degree in Structural Engineering, and was a world class track and swimming athlete.  In addition, Tom built a summer cottage in Frankfort Michigan, all the while courting Ginny.  He was a fine carpenter, and he knew how to get things done!  It was this drive and energy that propelled him to accomplish so much throughout his life and touch so many people.

Tom and Ginny married in 1954 and moved to Cambridge where Tom attended the Harvard Graduate School of Design and received his master’s in architecture in 1960.  They fell in love with Cambridge, where they lived for over 65 years and raised their family in the house that Tom built.  It was in Boston where Tom built his architectural firm.

In 1960, when Tom graduated from architectural school, he began working at Markus and Nocka.  By 1965, he became president of the firm.  It would later become Payette, an international design firm of over 150 people. His lifelong work and passion guided the firm into what it is today, an award-winning firm, where he mentored many young architects over his 50-year tenure.  Payette is known for its leading design in hospitals, laboratories, and university design throughout the United States and internationally.  Included in its notable design work is the Aga Khan Medical Center in Karachi, Pakistan (started in the early 1970’s and continuing today).  In 2019, Payette won the prestigious AIA Architecture Firm Award.  His work brought him around the world, meeting many interesting people and bringing him to exciting places, where Ginny would often accompany him.  Close to home, Tom was a respected leader in the Boston architectural community and the Boston Society of Architects, of which he was president from 1983-1984.

Family and family gatherings were what made Tom and Ginny happiest.  Tom loved the outdoors, creating beautiful gardens, and having a family home with space for all to gather.  Thanksgivings were large and filled with extended family, and Christmas featured 18’ tall Christmas trees in the grand living room Tom designed for their house in Cambridge.  In addition to Cambridge, Tom and Ginny created a family summer home on Martha’s Vineyard where they have summered for over 45 years.  Four generations of family still enjoy spending time there in the summer, soaking in the gardens that Tom lovingly created and tended -- a garden so teaming with flowers that it dazzled onlookers.

There are so many great ways to remember Tom. He was charismatic yet humble, had a strong moral compass, and believed in the good in everyone.  Leading by example, Tom inspires his children and grandchildren to be gracious in spirit, treat others with empathy and kindness and strive to make the future a bit brighter.

A Celebration of Life ceremony will be held in the spring of 2023.

In lieu of flowers, memorial contributions may be made to the Thomas Payette Financial Aid Fund at the Harvard Graduate School of Design (Include “T. Payette Fund” in the memo line. Find more information here or contact Matt Southworth at the GSD, https://alumni.gsd.harvard.edu/gsd-alumni-council/ways-to-give-to-the-gsd/)