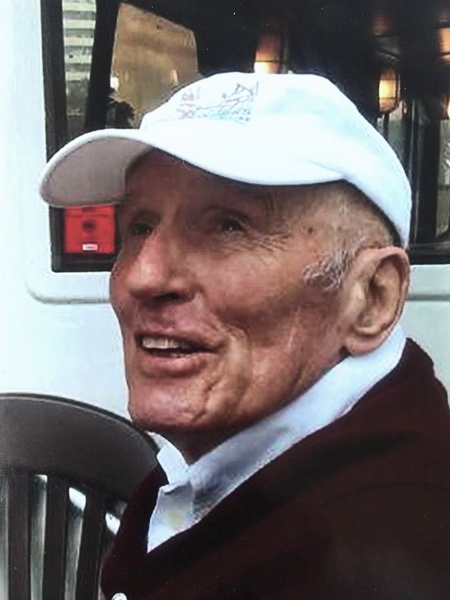 Victor Morris Tyler, of Concord, Massachusetts, died on October 3, 2017 surrounded by his grieving family and caregivers. Vic was born on October 10, 1928 in New Haven, Connecticut, the son of Morris and Eugenie C. Tyler. Vic attended Milton Academy, graduated from Phillips Academy Andover (1947) and Yale College (1951), where he majored in physics and philosophy. He served as a first lieutenant in the U.S. Air Force, and was stationed in Iceland. Vic earned a SB in electrical engineering at M.I.T. (1955) and a Master of Engineering at Yale (1958). After working at EG&G throughout the 1960's, Vic and five colleagues started their own company, Concord Computing Corporation, in 1970. Vic loved music, opera, woodworking and farming, geneaology and history, the ocean and travel with his family.

Family and friends will gather to honor and remember Victor on Saturday October 14, 2017 at 2:00 pm in Trinity Episcopal Church, 81 Elm Street, Concord, Massachusetts.

In lieu of flowers, donations can be made "In Memory of Victor Morris Tyler" to
"Stroke Research" at Spaulding Hospital
300 1st Avenue
Charlestown, MA 02129