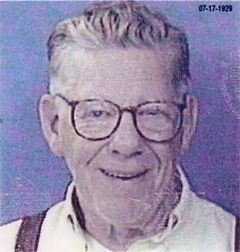 Geoffrey Kimball, Jr., 81, of Concord, Massachusetts, died at home on Tuesday, May 17, 2011, after a long illness. He was the beloved husband for 57 years of Joan Alice Wood Kimball.

Geoff was born and raised in St. Louis, Missouri. He was a graduate of Phillips Academy Andover and Yale University. After service in Korea, and four years as manager of Pan American Airlines in Congo Kinshasa, he returned to the United States to work as an editor and later a renovator of old houses.

A great storyteller, he also entertained family and friends with his vintage recordings of 1930's light opera, a pastime he fondly called a "disease."
Along with his wife he is survived by his four children, Bill Kimball of Peterborough, Ontario; Nina Joan Kimball of Concord; Andrew Wood Kimball of Washington, VT, and Margot Bates Kimball of Concord and Madrid, Spain. Geoff is also survived by his seven granddaughters, Claire, Adele, and Iris Johnson; Emma and Maie Kimball; Franny and Caroline Kimball-Katz, as well as many nieces, nephews, and cousins. He was predeceased by his brother Frederic M. Kimball and three sisters, Nancy K. Baumgarten, Maie K. Schlafly and Julia K. Schlafly.

GIFTS IN HIS NAME MAY BE MADE TO:
Concord Free Public Library
129 Main Street
Concord, Mass. 01742.