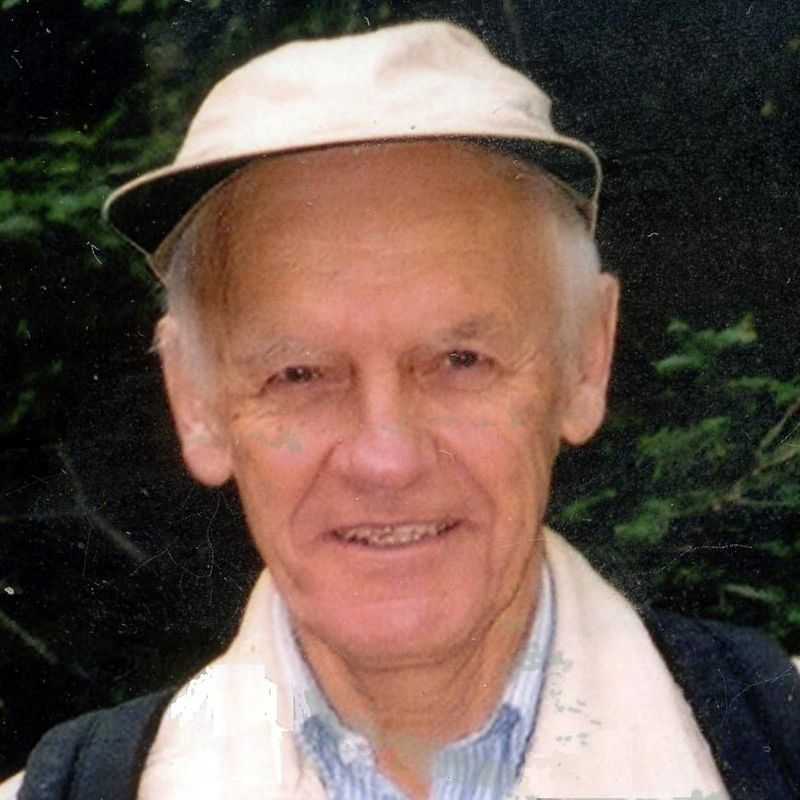 Born January 22, 1925 at Oberlin, Ohio, he was the son of Nathaniel and Helen (nee Tappan) Berthoff.

Mr. Berthoff was Professor Emeritus at Harvard University where he held the Cabot Chair of American and English Literature. He taught at Harvard from 1967 to 1990. He attended the Hotchkiss School in Connecticut, graduating with the class of 1943. He then enlisted in the Navy's V-2 officer training program while at Harvard College. Interrupting his education, Mr. Berthoff attended Midshipman School at Fort Schuyler, New York and was commissioned an Ensign in the U.S. Navy in 1945. He returned to university after The War and took his bachelor's degree magna cum laude at Harvard, class of 1947, followed by a doctorate from Harvard in 1954.

As a naval officer, he served in the Pacific Theater after World War II, at Okinawa, Japan, 1945-1946. After meeting his future wife at a Radcliffe/Harvard graduate class in 1948, Mr. Berthoff married Ann Rhys Evans in New York in 1949. He taught American Literature at Bryn Mawr College from 1951-1967, where he lived with his young family for those many, happy years. He is remembered there not only for his academic prowess, his empathy and influence with students, but as a vital force on the softball field, the tennis courts and in the "Faculty Row" neighborhood where the Berthoffs lived at Bryn Mawr.

A sought after academic, he enjoyed visiting professorships at the University of Catania, Sicily, as a Fulbright Scholar in 1957-1958; at the University of California-Berkeley; University of Pennsylvania; University of Warsaw, Poland; Rome, Italy; Columbia University, and elsewhere. He was a Guggenheim Fellow, a Woodrow Wilson Center Fellow, and served as President of the Melville Society (1983). His "Melville Walk," on the Massachusetts South Coast, is remembered as a fine event. He was a regular at the New Bedford Whaling Museum. At the family's summer cottage in Westport, Massachusetts, he loved water and shore bird observation, crab fishing in the Westport River and supported the Westport River Watershed Alliance. He also supported the Hawk Mountain Sanctuary in Pennsylvania, where he was a yearly presence at fall hawk migrations for nearly fifty years. Scotland's Isle of Canna was another frequent travel destination for Mr. Berthoff and his wife, since 1950. His travels took him far abroad, but his love of America—East West, South and elsewhere—was unmatched.

Generations of students remember him for imparting his vast knowledge of American history and literature, and for intellectual inspiration. He will be remembered at Harvard's Adams House senior commons for attending the weekly Wednesday lunch there for many years after retirement. His family and friends treasure the memory of his kindness, generosity, and sense of humor.

Mr. Berthoff lived with his family in Concord from 1967 until his death. He will be warmly remembered as a citizen of the town, where he was a frequent contributor at Town Meeting, supporter of the Concord Public Library and a fixture in his Thoreau Street neighborhood.

Books by Warner Berthoff on American and international literature include The Example of Melville (1962); The Ferment of Realism: American Literature, 1884-1919 (1965); Fictions and Events: Essays in Criticism and Literary History (1971); A Literature without Qualities: American Writing since 1945 (1979); Literature and the Continuances of Virtue (1986); Hart Crane, a Reintroduction (1989); American Trajectories: Authors and Readings, 1790-1970 (1994). The Harper & Row Great Short Works of Herman Melville, with introduction and notes by Berthoff, has been a popular edition since 1970.

He is survived by his wife of sixty-nine years, Ann Evans Berthoff, of Concord; their two children, Rachel Douglas of Harpers Ferry, WV and Frederic Berthoff of Concord; a grandchild, Jessica Ann Berthoff of Melbourne, Fla.; two brothers: Jared Berthoff of Ohio and Michael Berthoff of New York; numerous nieces, nephews and their children. He was pre-deceased by his brother, the late Rowland T. Berthoff (1921-2001) of Saint Louis, Missouri.

Friends of the Performing Arts Center