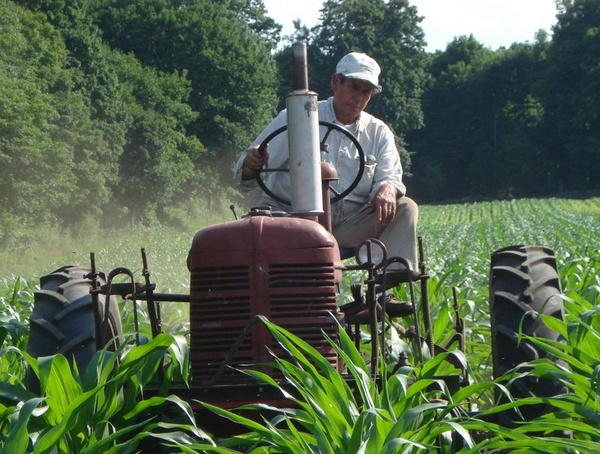 Raised on the family farm in Lincoln, Warren graduated from The Cambridge School of Weston. After four years of service in the United States Coast Guard, he graduated from Rhode Island School of Design and began his career as a conservation land planner.

Warren’s passion was tending to his family farm on Lexington Road. Often you would see him on his tractor plowing, cultivating and haying the cherished Flint Family Farm. He was also known for his determination to help preserve farmland within his hometown of Lincoln and beyond.

He served on the Lincoln Planning Board and as a Selectman, and more recently has been a trustee of the Rural Land Foundation. His special interest as a trustee of Gore Place in Waltham has been to restore its farmscape.

He was the devoted husband of Margaret (Pendleton) Flint, and the proud father of Sarah A. Flint of Wilmington and Lincoln, Thomas M. Flint of Tokyo, Japan, and Susanna P. Flint of Easthampton. He is also survived by his brother Ephraim B. Flint and wife Nancy Bergen of Lincoln, his sister Margaret and husband John Weir of Lexington Park, MD, his wife’s brothers Austin and wife Katina Pendleton of New York, and Alec and wife Tamara Pendleton of Cleveland, Ohio. His sister Abigail Flint died in 1975.