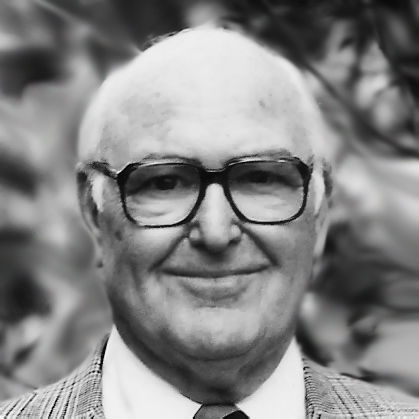 William P. Boger Jr. M.D. age 97 of Winchester passed away peacefully in his residence on Saturday, July 24, 2010. He was married to the late Mae E. Boger for 34 years, and has two sons Dr. William P. Boger III of Concord, MA and Dr. Robert S. Boger of Memphis, TN.

Born in Johnstown, Pennsylvania he was the son of the late William P. and Esther (Good) Boger.

Dr. Boger graduated from Bucknell College in PA and was active in sports in high school and college, including football, tennis, and pole vaulting. He enjoyed his studies in bacteriology in college and went on to graduate from Harvard Medical School, as did both of his sons. He had wide-ranging interests in addition to his clinical and research interests. He was a keen observer of nature and wildlife, taught himself several languages during his extensive travels, kept up a voluminous correspondence with friends and colleagues around the world, and was a great believer and practitioner of life long learning.

Dr. Boger and his family lived for many years in Pennsylvania near Valley Forge Park where he was active in the community, and became a local historian. He was delighted to have escorted two Nobel Prize winners, as well as many others on historical tours of the park.

During his professional career he was an exemplary clinician and teacher, energetically pursued research interests, published papers across a wide range of therapeutic areas, and lectured in a number of foreign countries. His accomplishments are reflected in his achievement of Fellowship in the American College of Physicians, American College of Cardiology, American College of Chest Physicians, Infectious Disease Society of America, American Therapeutic Society, American College of Clinical Pharmacology and Chemotherapy, and the British Royal Society of Medicine. He was also a member of the American Medical Association, American Society for Pharmacology and Experimental Therapeutics, American Federation for Clinical Research, Endocrine Society, Society for Experimental Biology and Medicine, American Society of Clinical Nutrition, and New York Academy of Science. He was on the editorial board of an early edition of the Merck Manual as well as several scientific journals including "Antibiotics and Chemotherapy", "Clinical Medicine" and was the Editor in Chief of "Chemotherapia".

In his later years, he relocated to Winchester, MA where he was close to family and made many new friends. Friends and family will miss his personally designed and printed greeting cards, which became a tradition over the years.

Gifts in his name may be made to: John James Audubon Center at Mill Grove, (Capital Campaign), 1201 Pawlings Road, Audubon, PA 19403