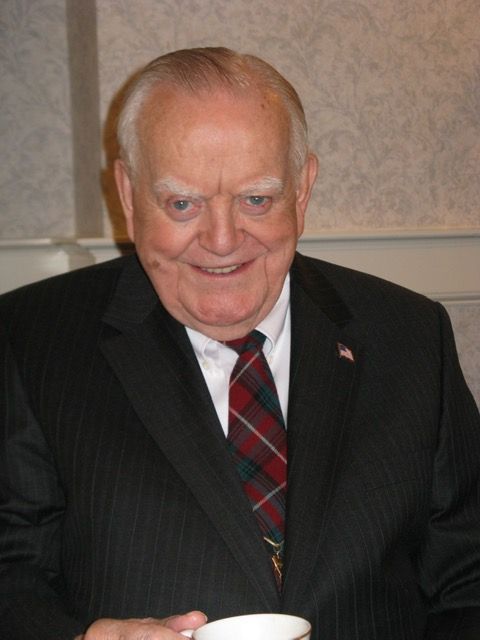 William Oscar Glass, age 95, a long-time resident of Lexington, Wellesley Hills and Concord, and a Navy veteran, passed away peacefully on Tuesday, April 21, 2020, at Rivercrest Long-Term Care Facility in Concord from complications of melanoma.

Bill was known as a consummate Southern gentleman turned New England Yankee. He was born and raised in Alabama and attended Northwestern University during World War II. After serving on active duty in the U.S. Navy, he settled in the Boston area after meeting the love of his life there in 1952. He was a junior officer aboard the USS Salem, which was homeported in Boston, when he met Christine Stathos, the administrative assistant to the Commandant of the Boston Naval Shipyard. The couple married in 1953, and settled in Lexington, where they raised their two children, Bill Jr. and Pamela. In 1977, they moved to Wellesley Hills, and in 2009 to the Newbury Court retirement community in Concord. Christine died at age 92 in 2011.

Bill integrated into Christine's large Greek family, taking on the customs, cuisine and religion of this Cambridge-based family, and adopted the Boston Red Sox, New England Patriots and Boston Celtics as his favorite sports teams, although he remained a big fan of University of Alabama football. He also enjoyed spending weekends and summers with the family at vacation retreats in New Hampshire and Cape Cod.

After leaving the Navy in 1953, he worked at Lincoln Labs and the MITRE Corp. for many years, and retired as an administrative manager with the Stone & Webster Engineering Corp. in Boston. He also went on to earn a second bachelor's degree and an MBA from Northeastern University at night while balancing the demands of family and work.

In civilian life, he continued his dedication to the Navy, remaining active as a reserve officer, holding numerous commands and rising to the rank of Captain before retiring from the Navy Reserve in 1978. He served as president of the Wardroom Club, an association of Naval officers in Boston, as well as president of the Massachusetts Bay Council of the Navy League, and was active on committees supporting Navy recruiting and the U.S.S. Constitution. He and Christine enjoyed many years of strong friendships with the New England Navy community.

The USS Salem was a big part of Bill's life even after he left the ship in 1953. He would often regale his family with stories about his deployment to the Mediterranean in 1951-52 and remind all that serving on the Salem allowed him to meet his wife. In the 1990s, Bill was a leader on a committee of former Salem shipmates that successfully convinced the Navy and the City of Quincy to return the ship to the Quincy Shipyard where it was built and remains today as a museum ship.

A private graveside service will be held at Sleepy Hollow Cemetery, Concord on Wednesday, May 6, 2020 at 1:00 pm. The video of Bill's service can be viewed here: https://www.youtube.com/watch?v=qUE08EjmmNQ&t=833s

When possible, a celebration of Bill's rich life will be planned.

In lieu of flowers, the family suggests donations be made in his memory to:
Navy-Marine Corps Relief Society
875 N. Randolph Street, Suite 225
Arlington, VA 22203
www.nmcrs.org.