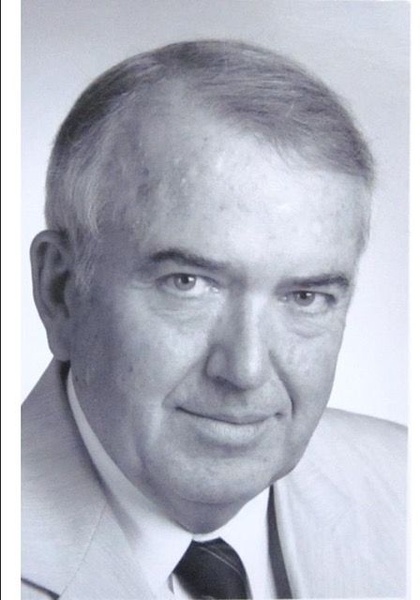 William P. Keating, age 88, died peacefully on February 8, 2019 at his home in Concord, Massachusetts. Bill was surrounded by his loving family, his dog-eared books and his extensive collection of pipes, a favorite one tucked neatly in his hand like the ever-present appendages they had been

Bill was born and raised in San Francisco, CA. He was a proud graduate of St. Ignatius Prep and the University of San Francisco. While there he met his beautiful wife and partner of 65 years, "Sweets", the late Mary Lenore Keating. After receiving a master's degree in mathematics from the University of California, Bill worked for Douglas Aircraft and the National Bureau of Standards, nearly exhausting the first computer on the West Coast in Los Angeles. A few years later, the young couple relocated to Dayton, Ohio, where they raised their six children. Bill had a successful career in software development at The National Cash Register Co. (NCR), as a pioneer of this new "Information Age." He was a quiet, cerebral man with a good sense of humor and a deep faith that everything would work out. Good traits to have in those changing times.

In 1977, Bill was recruited by Digital Equipment Corp in Massachusetts. He ultimately became its Vice President of Software Development. While at Digital, he worked with many people he loved and mentored. It was fondly remembered that if you wanted a meeting with Bill Keating, it would often be scheduled during one of his "walking breaks" around the company grounds, billows of pipe smoke swirling like thought clouds around his head.

He was proud and deeply touched that his company renamed The Einstein Room "The Keating Conference Room" in honor of his many accomplishments within the industry, when he retired in 1992.

Bill loved to read, write in his journals, walk his tennis-ball loving dog Thomas and playing innumerable games of Boggle with his "Sweets" before her death. He never missed a broadcast of his beloved Celtics, Patriots and Fighting Irish, and would ponder over the many aspects of his "fittest of the species" garden.

His family will miss him and his gentle, unassuming nature.

The Keating family greatly appreciates the compassion shown by Jennifer and the other hospice personnel from Nashoba Nursing during Bill's last days.

They also wanted to thank the physicians and staff at Emerson Hospital for always being available. Finally, we could never thank Sue Murphy enough for the friendship and kindness shown our parents through the years.

The light of God surrounds us.
The love of God enfolds us.
The power of God protects us.
The presence of God watches over us.
Wherever we are, God is