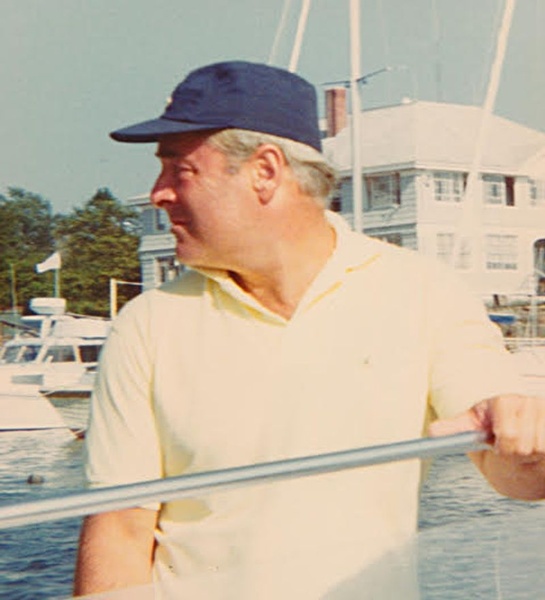 William Asa Lawrence II, of Concord, passed away at peacefully on June 16th at Emerson Hospital after two years of failing health. He leaves his devoted wife of almost 64 years, Joany, his daughter, Betsy Lawrence, of South Dartmouth, MA, his son, Bill Lawrence and his wife, Bouchra of Bethesda, MD, and his son, Ned Lawrence, of Lake Isabella, CA and four grandchildren, Hadley Brooke, Evelyn, Christopher, and Zachary Lawrence, and one sister, Mary Lawrence Curry, of Nashua, NH, and her family.

Bill grew up in Groton, MA, the son of Carl A. P. Lawrence, a banker from Ayer, and Mary Scattergood Hoag Lawrence. He graduated from Groton School and Harvard College, where he rowed on the crew teams. After serving in the U.S. Army, he worked in sales and operations in the paper and plastics industries for many years, he was an assessor for the Town of Concord and ended his career only six months ago managing the Concord Acton Industrial Park.

Bill loved hard work and service and taught his kids the same. He believed strongly that giving back to one's community was an obligation that we all should fulfill. He served as a treasurer for Nashoba Country Day School, the Concord Museum, and the Newbury Court Campus Staff Appreciation Fund and was active in the Concord Business Partnership and other non-profits through the years. He took all the credit for the decision that he and Joan move to Newbury Court where they have enjoyed twelve wonderful years.

Bill loved life and lived it well. He adored his friends almost as much as he adored his wife. He loved Harvard football games and was the graduate president of The Owl Club for many years. He was well known for his jokes and prolific email chains of important and not-so-edifying information. He was a long-time member of the Concord Country Club.

He loved his summer community of Nonquitt in South Dartmouth, and sitting on his porch overlooking Buzzards Bay, where he sailed his boat, Night Owl, for many seasons. He was a beloved president and a longtime trustee of the Incorporated Proprietors of Nonquitt. He was the longest standing member of the New Bedford Yacht Club having joined in 1944 when he was 12 so he could race his BeetleCat.

Family and friends will gather to honor and remember Bill on Thursday, July 15, 2021 at 11:00 am at Trinity Episcopal Church, 81 Elm St., Concord. Burial will private with U.S. Army Military Honors at Sleepy Hollow Cemetery.

or another organization of your choice.