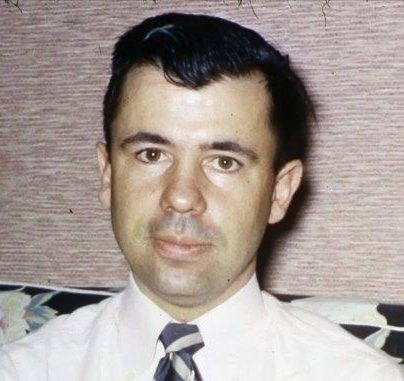 William J. Neill Jr, 90, passed away peacefully on July 24, 2017. He was the husband of the late Marguerite H. Neill to whom he was married for 66 years.
William (Bill) was born on December 17, 1926 in Lyndhurst, NJ to William J. Neill Sr. and Rosemary (Connolly) Neill. He was accepted into the Navy V12 Program during World War II through which he enrolled in the Stevens Institute of Technology. He graduated in 3 years with a Bachelor of Science in Mechanical Engineering and a commission in the U. S. Navy. He deployed to the Pacific initially as the Executive Officer on PCC 881 and later was assigned as the Navigator on a light cruiser. After the war, he returned to the Stevens Institute of Technology to obtain a Master of Science in Mechanical Engineering. On August 27, 1949 he married Marguerite H. Flynn. He worked at Esso's Bayway Refinery in Linden, NJ as a Mechanical Engineer and she worked as a nurse in local hospitals. They eventually settled in Westfield to raise their five children, Marguerite, William, Robert, James and Rosemary. Bill's work as a mechanical engineer was in designing oil refinery piping and systems and he later worked on the development of industry standards for these. He served on numerous committees of the National Association of Corrosion Engineers and served as its President for many years. He was also very active at Stevens, serving on the Board of Trustees and as President of the Alumni Association. He was a lector at Holy Trinity Church for many years. He and Peggy enjoyed theater and music, making many trips to Broadway and working tirelessly in support of the Westfield Symphony. Bill's focus was always his family. He regularly invited his parents to weekend cookouts and dinners. He was a staunch supporter of and took pride in his children's education. "Take two no. 2 pencils and read each question twice" was a favorite instruction before every test. He loved the beach and would regularly drive the family to the Jersey Shore where they enjoyed long days there. Seldom was there a summer weekend when the family wasn't in the car listening to Bill sing "The Streets of Laredo" over the sound of the wind in the open windows, or stopping to buy a bushel of vegetables at a farm stand on the way home. When his children were small and then later with his grandchildren, he loved to give them rides on his back in the waves of the Jersey shore.
Following his retirement from Exxon, Bill and Peggy traveled extensively but their favorite destination was their beautiful home in Bay Head, NJ. Gathering family and friends over many summers to enjoy the beach and numerous day trips with friends provided many enjoyable times and a rich trove of memories. For years they had a vegetable garden and generously shared their bumper crop of Jersey tomatoes with neighbors and friends.
Bill was predeceased by his wife Peggy and their son Bob. He is survived by their children: Peggie (Sam McQuaid), Bill (Barbara Morse), Jim (Shirley), Rosemary (Joe Burgess), daughter-in-law Sheila Millar and his brother Robert H. Neill (Townley). Bill and Peggy's seven grandchildren, Peggy and Sam McQuaid, Connor Neill, Eleanor Neill, Mary Kate, Anne and Molly Burgess will miss his determination and energy as will their many nieces, nephews and lifelong friends.
Visiting hours will be held 4-7 pm at the Dooley Funeral Home, Westfield, NJ on Tuesday, August 1. A funeral mass will be held on Wednesday, August 2 at 10 am at Holy Trinity Roman Catholic Church in Westfield, NJ. Gifts in his memory may be made to Holy Trinity Church (315 st St, Westfield, NJ 07090), the New Jersey Festival Orchestra (224 East Broad St Suite 6, Westfield, NJ 07090) or to the Stevens Alumni Association (1 Castle Point Terrace Hoboken, NJ 07030).