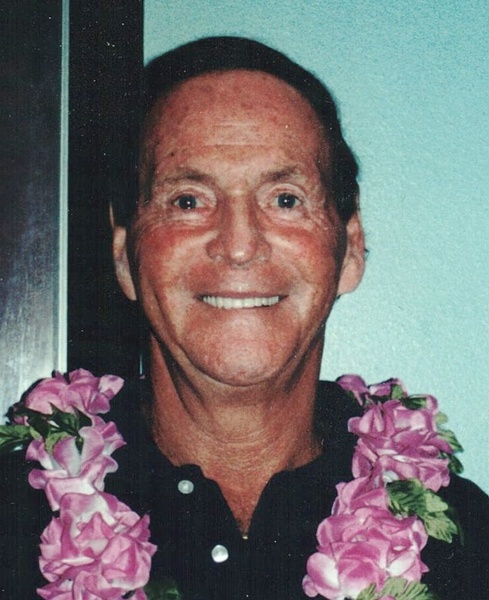 William "Bill" Stetler Nichols age 85 of Concord passed away peacefully on Sunday, February 1, 2015 at Concord Health Care Center. He was the beloved husband of 53 years to Mary Jane (Trout) Nichols.

Bill was born in Boston on March 13, 1929 the son of the late Loring and Marjorie (Ensiminger) Nichols. Raised and educated in Winchester, Bill graduated from Winchester High School in 1947. While at Winchester High School Bill played football and one of his favorite accomplishments was playing on the 1946 Class C State Champs where he was named an honorable mention All-Scholastic football player. He was also a four year member of the track team. In 1948 Bill graduated from Kimball Union and then attended Dartmouth College, where he also played football before graduating in 1952. In 1961 Bill received his Master in Education from Boston University and later attended Harvard University advanced graduate studies.

In 1953 Bill enlisted in the United States Marine Corp where he proudly served his country during the Korean Conflict as an Air Defense Controller Officer and was discharged as a 1st Lieutenant.

Bill loved sports and theater. At Lexington High School, he was the freshman football coach, as well as the assistant varsity football coach. He also coached the cross-country team which were State, League & Divisions champs in 1958 and State and New England champs in 1959. For 16 years Bill was the assistant boys track coach in charge of all field events and also was the head coach of the girls track team for several years as well as coached the freshman hockey team. Bill was the drama teacher at Lexington High School for five years, directing productions such as "Annie Mame" ,"The Man Who Came to Dinner", and the "Red Peppers" which won a certificate in 1963 at the MA high school drama guild's regional festival.

While studying at Harvard, Bill had a small role in the movie the Thomas Crown Affair and was in the production of "The Cradle Song" where he played Antonio. His love for the theater continued over his lifetime, with Mary Jane and Bill enjoying many productions as season ticket holders of the Huntington Theater in Boston, A.R.T in Cambridge, the North Shore Music Theater and the Concord Players.

Bill was a member of the Concord Minutemen and also coached Pee Wee Hockey and Little League Baseball. Always a committed Boston sports fan, Bill and Mary Jane became season ticket holders in 1980 for the New England Patriots and had the good fortune of attending three Super Bowls.

In 1970, Bill became the manager of the Heritage Pool and Racquet Club in Concord, a position he held for 25 years. He loved teaching the pollywogs class, running the swim meets and directing the water ballet shows, spending many hours writing poetry for each ballet.
After retiring from Lexington High School in 1994, he continued to work in education as a substitute in the Lexington school district working as cleric and aide in the elementary schools where the children continued to love him.

Besides his wife he is survived by his loving children, Scott Nichols and his partner Dawn Costa of Stoughton, Wendy Nichols of Mill Valley, CA and Todd Nichols and wife Renae of Bedford. He was the brother of Cynthia Mutterperl of Wenham and is also survived by six cherished grandchildren, two nephews and his faithful caregiver Racheal Namyalo.

Family and friends will gather to honor and remember Bill on Friday, Feb. 6 from 5:00-8:00 pm in the Concord Funeral Home, Belknap & Thoreau Sts., Concord. His funeral service will be held on Saturday at 11:00 am in the Trinitarian Congregational Church, 54 Walden St., Concord. Interment will follow with U.S. Marine Military Honors in Sleepy Hollow Cemetery, Concord.

Concord's town flag will fly at half-staff in honor of Bill's service to his country during the Korean Conflict.

Donations in Bill's memory may be made to:
William S. Nichols Scholarship Fund
c/o Lexington Board of Selectmen
1625 Massachusetts Avenue
Lexington, MA 02420


Arrangements under the care of Concord Funeral Home, A Life Celebration Home, Concord. Proud to be family owned, operated and occupied since 1936.