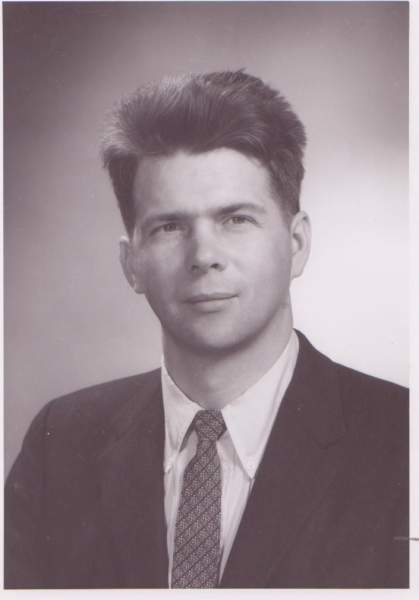 William Boyd Smith age 85 of Concord passed away on Wednesday, May 7th in Belmont Manor Nursing Home. He was the husband of the late Mary Alice Granese Smith.

He was raised and educated in West Point, MS and upon graduating high school, he proudly served his country in the United States Navy from 1946-1948.

William graduated Summa Cum Laude from Mississippi State University in 1952 and continued his education by earning a Master's Degree in Electrical Engineering from Massachusetts Institute of Technology. He was employed at Lincoln Laboratory in Lexington for 23 years. Mr. Smith authored some 23 technical papers, mostly in the fields of Radar Astronomy and Ionospheric Propagation and he was known for his discovery of the Retrograde Rotation of Venus. In the 1960's he was part of a select team of researchers led by physicist Irwin Shapiro that conducted experiments confirming Einstein's General Theory of Relativity, using the Lab's state-of-the-art antenna arrays at Haystack Observatory in Westford. He later worked at General Electric, Westinghouse, Draper Labs, ITT, SenCom, and GTE. William moved to Concord in 1962 and lived there until 2007.

Mr. Smith enjoyed a variety of athletic pursuits. A Southern transplant who was a complete novice to winter sports, he quickly mastered skiing and skating, and was active in Boston-area ski clubs. He played semi-pro baseball and also was a tennis enthusiast who participated in the annual Emerson Hospital Tennis Tournament. He was a member of the Appalachian Mountain Club, enjoying hiking & camping in & around the White Mountains, an accomplished swimmer and diver.

During his residency in Concord he was a faithful member of Trinity Episcopal Church and was active in local town Democratic politics. He was a member White Pond Association and also coached Concord Little League for several years. Mr. Smith was instrumental in implementing the cleanup of a Superfund site and against nuclear-oriented industry in town

He is survived by his two children, Elizabeth D Smith of Lyndeborough NH, and Robert E. Smith of Switzerland, a granddaughter Victoria S Lorvig of Lyndeborough, two sisters, Mary Jane Wilburn of Jackson, MS and Martha Braddock of West Point, MS as well as several nieces and nephews.

Family and friends will gather to honor and celebrate William's life on Monday, June 2nd at 2:00 pm in the Chapel at Trinity Episcopal Church, 81 Elm St., Concord.

Arrangements are under the care of CONCORD FUNERAL HOME, a Life Celebration® Home, Concord.