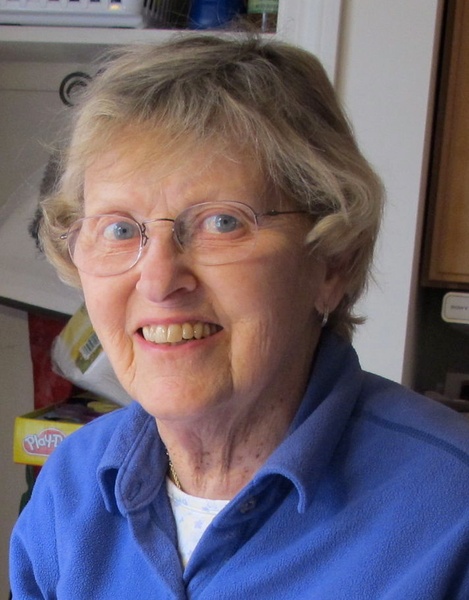 Born in Ann Arbor, Michigan, she was the daughter of Herbert Sadler and Margaret Wenley.

She was a graduate from University High and University of Michigan. She married Hugh C. Ferguson in 1958. Wini raised three children and then began a new career as a corporate librarian for Digital Corporation. She also went on to get her Masters in Library Science from Simmons College.

She was an active member of Trinity Episcopal Church as a Lay Eucharistic Minister, healing prayer volunteer and many other roles throughout her years as a parishioner. She was a lover of music, singing with the Concord Chorus and a member of the First Parish Bell Ringers.

Wini loved the outdoors, was a naturalist, birder and conservationist and passed that love and passion onto her children. She was one of the founders of REUSIT, a town-wide recycling program, a volunteer for Birds Go to School, a nature teacher in Estabrook Woods and a member of the Concord Land Trust. Wini was active in her neighborhood of Conantum for 45 years as a member of the Garden Club, friend and caring neighbor.

She is survived by her three children, Amy F. Daubert and her husband Dr. James Daubert of Chapel Hill, NC, Hugh S. Ferguson and his wife Katherine of Salt Lake City, UT and Wenley S. Ferguson and her husband John Wolf of Cranston, RI and nine grandchildren whom she loved dearly: Patrick, Thomas, Mairin and James Daubert, Lily Ferguson, Sam and Luke Watson and Carter and Jackson Wolf. She is also survived by her sister Margaret McMahon and her four nephews.

Her active mind and spirit will be missed by her family and her close network of friends throughout her beloved Concord.

There will be a celebration of her life on Saturday, October 8th at 10:00 a.m. in Trinity Episcopal Church 81 Elm St, Concord,

Donations in her memory may be made to the Concord Land Conservation Trust, P.O. Box 141, Concord, MA 01742.